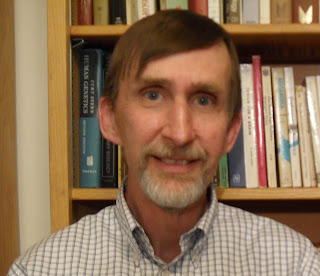 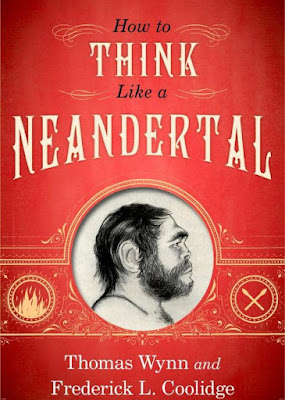 1.- The study of human behavior during the Paleolitic requires the use of specific tools for its analysis. This idea has been a constant in your archaeological work for more than 40 years, first alone and then with Frederick L. Coolidge. How came this fruitful collaboration?

Prof. Coolidge and I had taught on the same campus for over twenty years, but had rarely interacted because we were in separate departments (in separate buildings). He had been trained in neuropsychology, and in the 1990s had developed a research program in behavioral genetics using twin studies. One of the cognitive abilities he regularly tested for was executive function ability, which he knew to be highly heritable. Prior to leaving for a sabbatical in 2000 he contacted me with an idea he had about the role of executive function ability in human evolution. He knew that I was interested in cognitive evolution, and that I might be able to help him out. I thought his idea had great promise, and that is how we started to work together.

2.- Your main conclusion is that the evolutionary increase of working memory, one of the prefrontal lobe executive functions, was the final piece that allowed the evolutionary development of the cognitive abilities characteristic of our species. In which observations have you been based to reach that conclusion?

Prof. Coolidge’s initial hypothesis was based on his research in behavioral genetics (the highly heritable nature of executive function ability) and also evidence of from neuropsychology, especially brain damage to the frontal lobes. Individuals with frontal lobe damage often had no language deficits, but had difficulty simply organizing their daily lives. Prof. Coolidge felt that this ability to plan and strategize made a better candidate than language for the final piece that made minds modern. But he didn’t know much about the paleoanthropological record. This is the piece that I supplied, primarily by asking what archaeologically visible activities might require modern-level executive functions. I generated a list of activities that would require planning over long distances or time, or high levels of response inhibition (all executive function abilities), and then examined the archaeological record for the earliest known examples. As it turned out, all of my chosen activities (e.g., use of remotely operated traps) appeared very late in the archaeological record.

After our first publication in 2001, Prof. Coolidge realized that the executive functions we were using were almost certainly powered by working memory, so we expanded our grounding in cognitive psychology to include working memory capacity. This provided us with a more specific, and much better documented, cognitive model. Working memory research is based largely on experimental protocols used with normal adults, not the brain damaged sample of neuropsychology. It turned out to be a very fruitful choice.

3.- Your work proposes that  the working memory would be located in a complex neural network located in the prefrontal lobe that will be interconnected with many other cortical areas. Also, your results indicate the mosaic evolution of our genus. What kind of evolutionary mechanisms happened to produce the working memory and other executive functions, before the archaeological record reflects its existence?

Yes, our approach does imply a mosaic pattern to cognitive evolution. However, we have not focused heavily on possible evolutionary mechanisms. Recently we have been paying close attention to the possible role of co-evolutionary mechanisms in cognitive evolution, in particular co-evolution of technology and fairly specific cognitive structures (e.g., areas of the intraparietal sulcus and tallying devices). In regard to working memory capacity in general, we have most often focused on the role of the population bottleneck that appears to have occurred ca. 70,000, with survivors carrying the enhanced WM phenotype (and alleles). We have long maintained that working memory capacity has evolved throughout most of human evolution, though perhaps not in a gradual, unilinear fashion.

4.- Modern behavior in Homo sapiens does not happen long after the evolutionary emergence of our species. In your work from 2011, you indicate that the causes can be mainly two. First, a mutation with minor cultural outcome that needs a long time to be fixed in the entire population. Second, the need for a cultural development that creates tasks for the function of the working memory. Archaeological evidence of increased working memory is simply not enough to solve this specific evolutionary puzzle. Do you currently have advanced in the resolution of this dilemma?

You are correct again. The archaeological record cannot yet resolve the dilemma. As I mentioned above, we are leaning toward a more active role of technology in a co-evolutionary scenario. A new technology would initially rely on neurological resources already in place, but through a process that Waddington termed genetic assimilation (a form of co-evolution similar to the Baldwin effect) genotypes that made the most effective use these neurological resources would be successful, and quickly shift the function of these neural resources (something known as neuronal recycling; the Verbal Word Form Area is the classic example of a ‘dedicated’ circuit tied to a technology, writing, that appeared only recently). So, we are coming to a more interactive view of the mechanism that produced the modern mind. This might resolve the dilemma in the sense that brain changes and technical changes piggy back off one another. But, of course, that begs the question of why this process wasn’t terribly significant prior to 100,000 years ago. It just shifts the dilemma.

5.- If the cause of this delay in the emergence of modern behavior is simply due to population genetics, how important is the environment in the development of human conscience?

Although the argument that some population threshold is necessary for technical/brain co-evolution to work is a strong one, I agree with Richard Klein that the archaeological record does not clearly support significant population increase until after much of the evidence for cognitive modernity. And I do not see that there are any clear environmental correlations, other than perhaps an environmental catastrophe causing the population bottleneck at 70,000 or so. In other words, I am not persuaded that either a population or environmental opportunity or kick was involved.

6.- If cultural development is needed for the creation of tasks for the working memory, could we argue that, in parallel to neurological evolution, some cultural processes related to language, symbolism and self-awareness occurred? In that case, upon increasing the working memory, could we describe the development of these behavioral processes as “emerging” and “modern”?

I think that I would put it a bit differently. The archaeological record suggests a parallel development of symbolic culture, with roots that perhaps even precede the appearance of anatomically modern people 200,000 or so. Certainly, an enhancement of working memory capacity would have consequences for symbolic culture by enabling more complicated symbolic productions, and plans of action. And enhanced WM would also have consequences for language, in the length and complexity of sentences if nothing else. But at the current state of our understanding I cannot give priority to either WM or symbolic ability.

Self-awareness and consciousness are philosophical quick sands, and I prefer to consider both via Theory of Mind (ToM). There is now a fairly well established relationship between WM capacity and ToM; individuals with higher WM capacity perform better on ToM tests (the “I know that you know that I know” variety) than individuals with low WM. Self-awareness is one of the most basic forms of ToM, and is arguably present in apes. So it is the higher levels of awareness and consciousness that have evolved with humans. And if Prof. Coolidge and I are correct, this ability evolved even more with enhanced WM.

7.- Once evolutionarily developed the working memory, how originates and develops the symbolism, the language and the human self?

Again, I would prefer restating the question. For one, working memory capacity is arguably still evolving, especially via co-evolution with technology. Through our use of devices we are able to track and control far more information than our ancestors even 5,000 years ago. This is a real cognitive effect. We can solve problems our ancestors could not even dream of. And, via neuronal recycling and co-evolution there have almost certainly been neurological consequences. And yes, this has had consequences for symbolism, language, and perhaps even the self, the latter through our ability to identify, coordinate, and resolve alternative perspectives. So, yes, our working memory capacity is an essential component of our ability to negotiate the modern world in all of its complexity.

8.- Are you currently following a theoretical development that can be applied to specific archaeological problems?

Along with former students Leee Overmann and Klint Janulis, who are now both studying at Oxford, we have been examining the role of specific extended resources (beads and fingers primarily) as scaffolds that may have acted in the co-evolution of calculating abilities. This draws on theories of embodied and extended cognition, as well as classic neurocognitive models for numerosity and numbers. And, of course, it ties into the implications of beads in Middle Stone Age contexts in Africa and the Middle East.

9.- How do you see the development of cognitive archeology in general, and which problems do you found in the field of archeology?